What’s New in The Working World? An Employment Trend to Watch for in 2018 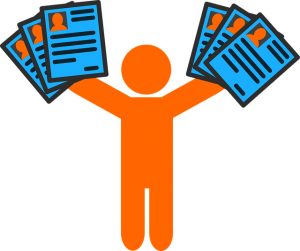 2018 is still pretty fresh, but we are already seeing trends take shape for this coming year, specifically in the world of employment and those who are hiring new staff in the coming months. There are, of course, many recruiting tools and ideas that continually morph and weave themselves into, and out of, the best practices of hiring agencies and employers alike, but we know of one specific trend already prominent this year that deserves some recognition: bias in hiring candidates for a job.
Bias, while not necessarily discrimination, is a big problem in the professional world. While many employers or staffing agencies would claim to have a completely neutral hiring process, with no bias toward a specific gender, age, ethnicity, etc., many of them hire from a pool of candidates with which they are already comfortable and familiar, often leaving out those of different backgrounds or opposite genders unwittingly. We understand it can be hard to break habits if you aren’t even aware they exist, which is why we are intrigued by some new ideas in the hiring communities that could help end the bias and give a more fair advantage to ALL applicants when a job opening comes up.
Keep Things Impersonal (at First)
This could be a touchy subject for some, but an up and coming trend is to handle the first round of interviews, or even the first several rounds of interviews, through text message or other impersonal means of communication. In other words, taking care of the initial weeding out of applicants based on questions and corresponding answers would be done through technology allowing applicants to keep their gender, ethnicity, etc. a secret due to lack of voice recognition or face-to-face interaction. While we know in-person interviews would eventually be required for the hiring process to fully proceed, all applicants would have been given a fair chance based on their skills, knowledge, and ability to offer well-thought out and presented answers before other (personal) factors came into play.
Raising Awareness in the Workplace
As mentioned above, many employers aren’t even aware they are hiring with a bias. However, some simple education and taking time to raise awareness in the professional world could revolutionize the diversity among our workplaces, and offer all employees the chance for being hired, moving up the ladder, etc. It’s also important to inform employers and hiring agencies about the benefits of having a diverse staff, including better perspective, a wider range of experiences and background knowledge to bring to the table, and better relationships with a community that is likely diverse and will appreciate seeing that reflected in the businesses which they use.
PHR Staffing Solutions is proud to be a Women Owned Business, and as such, appreciate the beauty in having a diverse staff. We are ready and waiting to walk you through the application process, so give us a call for more information, or apply for one of our current openings online!
Categories: Lake Wales employment, Lakeland Employment, Polk County community, Polk County employer, Polk County employment, Polk County Staffing Service, Winter Haven employment
|  Tags: bias, employees, employers, employment trends, hiring trends, staffing, staffing trends